GET YOUR MUSIC ON AWA WITH KARMADUKE

If you want to get your music on AWA.fm Karmaduke makes the process as simple as possible. It’s never been easier to upload your songs on AWA and other digital music stores and streaming platforms. If you don’t already know, AWA is a Japanese streaming platform and a great gateway to one of the biggest music and most lucrative music markets in the world. With Karmaduke, you keep 100% of your rights and 85% of all revenue your tracks create. We share 15% of the money Karmaduke makes form other parts of the Karmaduke Platform (like Travel, Web and Market services) with you. That means you’ll earn from more than just your streaming and download revenue with Karmaduke. We have a unique business model which puts the music first, its not me, its we. 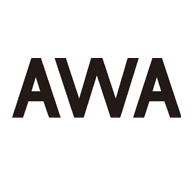 HOW TO GET YOUR MUSIC ON AWA

MORE ABOUT AWA.FM FOR MUSICIANS

Launched on May 27, 2015 as a subscription-type (monthly flat-rate) service.

Since the service started, AWA has expanded the number of songs distributed in partnership with labels all over the world, and the distributed more than 60 million songs. AWA actively conducts  exclusive advance distribution for artists from Kiyoshiro Imawano, BOØWY, Takayuki Makihara, Masayoshi Yamazaki, Ayumi Hamasaki, My Little Lover and other leading Japanese artists to younger generation artists such as AAA, EXO and Sensual Pierrot

HOW MUCH DOES IT COST TO PUT SONGS ON AWA?

Karmaduke doesn’t charge you any upfront, ISRC or recurring fee’s for you to sell on AWA or to sell with anyone else on the Karmaduke platform. You keep 85% of the AWA revenue just like all of the other places you distribute with Karmaduke. If you don’t earn money, we don’t earn money so we’ll do everything we can to help you promote your music!

SOME KEY FEATURES OF AWA?

HOW OFTEN DOES AWA PAY OUT?

You can request payment from Karmaduke monthly and all the terms are in your account contract.  Typically, there is a two-month delay on streaming services and online stores earnings and that’s the same with AWA. So, if you upload your music on AWA in January, you’ll see your first payments in your reports at the end of March under usual circumstances

HOW UNILL I GET MY MUSIC ON AWA?

We care about making sure that when you release music, your songs get out to your fan base on target for your release plan. After you upload your music, it will take us a day or two to approve it. Then you can expect to hear your songs on AWA.fm after about five to seven business days subject to no issues at the AMA site.